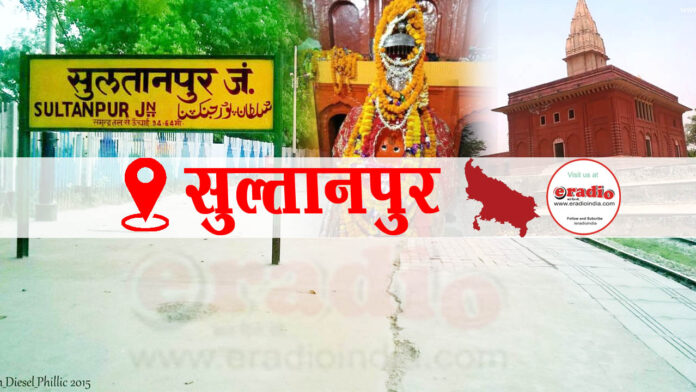 The Sultanpur district Gazeteer published in 1903 A.D. throws some light on the history and origine of the district. It is seen that the chief land owning families of the past were the Rajputs of the various clans, who possessed 76.16 percent of the total land area. Among them the Rajkumars along-held over one-fourth of the district, while their kinsmen, the Bachgotis and Rajwars owned 11.4 and 3.4 percent, respectively.

Another member of the Rajwars family was the Raja of Hasanpur. Allied to him were the families of Maniarpur and Gangeo and between them they owned a large portion of the central area. Next to Bachgotis and their kinsmen come the Bandhalgotis, who owned almost the whole of Amethi pargana.

Their head was the Raja of Amethi while the taluqdar Shahgarh belonged to the same clan. The Rajputs with large properties in the district were the Bhale Sultans who owned 4.72 percent, the Kanhapurias with 4.7 percent, and the Bais with 2.8 percent. Of the Bhale Sultans half were Hindus and half Mussalmans.

They were dwelling in the north west corner of the district in the parganas of Isauli, Musafirkhana and Jagdishpur. The Kanhpurias were chiefly confined to pargana Gaura Jamo, almost the whole of which belonged to them. The Bais were scattered about in small groups.

Jit Rai, and Jionarain. Harkaran Deo was the ancestor of Nanemau taluqdar; the descendants of Jit Rai were the owners of Meopur Dahla, Meopur Dhaurua, and Bhadaiyan; and from Jionarain descended the Raja of Deara. The fourth descendant of Jionarain led the the first of the six colonies of Rajkumars across the Gomti and planted himself at Deara on the banks of the river. This house became one of the main branches of the Bachgotis of Sultanpur.

At the begining of the nineteenth century Babu Madho Singh, eleventh in descent from Jionarain was the rular of the estate which consisted of 101 villages. Babu Madho Singh who is remembered as the successful leader and who managed his property well died in 1823. He was succeded by his widow, Thakurain Dariao Kunwar, a most remarkable woman, who through toil and turmoil not only bravely held her own, but added to her estates than her husband had done in his life time. The direct line of succession had ended with the death of Thakurain’s husband, Babu Madho singh.

The Next male collateral heir was Babu Rustam Sah, whom Thakurain disliked. Babu Rustam Sah was in the service of Maharaja Man Singh, the nazim of the day and with his help succeded in capturing Thakurain and made her write a deed in his favour. That formidable woman, whose pride was hurt grieved for a few months and died. Rustam Sah was given the possession of the property by the nazim. Rustam Sah came to know later that the nazim had ulterior motives in helping him.

A fight would have followed and Rustam would have killed nazim, but for a pandit who advised him that the time was not propitious. Later, Rustam Sah sought asylum across the British border and was made the taluqdar of Deara, which consisted of 336 villages. Rustam Sah rendered excellent service during the Mutiny. He died in 1877 and was succeded by his nephew, Raja Rudra Pratap Singh.

Bariar Singh, the youngest brother of Rustam Sah, received an estate of 20 villages and three pattis in the parganas of Baraunsa and Aldemau in return for services rendered during the Mutiny. This property was known as Damodra or Sultanpur.

Sultanpur has been a historic contribution in the development of national consciousness. In the independence struggle of 1857, the revolutionaries took a pledge from the British to put an end to the overthrow of British imperialism. In the peasant movement of 1921, this district has been openly participating and the bravery and courage of the freedom fighter of Yeha in all the movements from 1930 to 1942, and later, is historic.

Farmer leader Baba Ram Chandra and Baba Ram Lal are remarkable in this context, whose description of renunciation is mentioned. Jawaharlal Nehru has done in his autobiography. All these local rajas were under the control of Dilli hukumat and nawabs of Avadh.

The district is located on Faizabad and Ambedkar Nagar on the northern border of Sultanpur, Barabanki in the northwest, Jaunpur and Azamgarh in the east, Amethi in the west and district Pratapgarh in the south.River Gomti river flows in the district, in a natural way, the district is divided into two parts.

Gomti River enters this district near north-west and enters Jaunpur, near the steep ray of south-east Dwarka.Apart from this, the Garbhiya Nala, Mazui Nala, Jamurya Nala, and Bhat Village Karkharva, Sobha Mahona etc.

The responsibilities assigned to Collector are as follows-

Maintain the law and order.

A district collector monitors a district. In Uttar Pradesh, he is also known as a District Magistrate or DM. He is an officer from IAS or PCS who gets a promotion as an IAS officer on the basis of tenure in Provincial Civil Services UPPSC.

In addition, there are other officers in the District and Tehsil offices, who execute the work assigned to them by District Magistrate. Hierarchy of revenue officers in district is as follows.

A District Magistrate is appointed by the Government of Uttar Pradesh. District Superintendent of Police heads the District Police organization of the state police as per the Police Act of 1861.

Developmental activities of government are controlled by Chief Development Officer posted in the district.

Moonj (Baadh) also consider as a product in under one district one product (ODOP) scheme. However the cluster of artisans engaged in making of ropes from locally available grass known as Moonj is flourishing day by day. Moonj grass is found in abundance in some parts of UP.

Sultanpur is one of them. This natural fibre is used to make domestic and daily household products. Rope weaving in itself is a traditional practice of India; the locals started using the grass to weave traditional baskets, ropes and woven cots etc.

Coiling a few strands of semi dried Moonj grass creating a radial pattern or folding it in specific parameters to crate various useful products. Finally the ropes and woven cots are closely tied with jute thread to ensure the structure is in place.Baadh (Moonj), a type of string used for knitting house cots, is main handicraft of Sultanpur.

Sultanpur district is well connected with Rail and Roads from Faizabad, Lucknow, Prapapgarh and Jaunpur neighboring districts. Roadways services are available from all the nearby districts.

There are many ways to reach Sultanpur. Sultanpur is 60 Kms from Faizabad, 103 Kms from Allahabad, 135 Kms from Lucknow, 162 Kms from Varanasi, 231 Kms from Kanpur, 630 Kms from Delhi, 662 Kms from Bhopal, 743 Kms from Jaipur through Uttar Pradesh State Road Transport Corporation (UPSRTC) and some private travel services.
For booking of online ticket visit on UPSRTC

It has its own Railway Station named as Sultanpur Railway Junction which is connected to the all major cities of Uttar Pradesh and other state like Lucknow, Kanpur, Delhi, Jaipur and Bhopal.

For booking of online ticket visit on IRCTC

For booking of online ticket visit on https://www.air.irctc.co.in 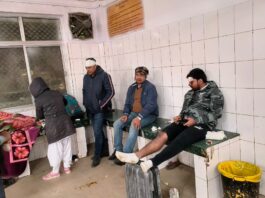 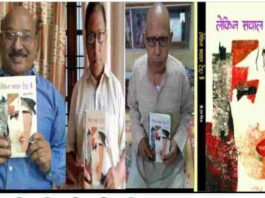